It’s National Pencil Day and I decided to celebrate. Last year I picked up some vintage pencils in a stall in Spitalfields market in London, and they’ve been languishing unloved in their box ever since. The truth is I felt that they were too pretty to sharpen and use, which is both understandable (I mean look at them!) and silly. Pencils are meant to be sharpened, period.

So I broke out the “Corgie” (à Paris) 907 pencils, which are natural pencils coated with a thick layer of lacquer that makes them both shiny and satisfying to hold. The French appear to be more restrained in their choice of imprint fonts, but they go all wild when it comes to the wrappers around the pencils. Behold, creativity let loose: 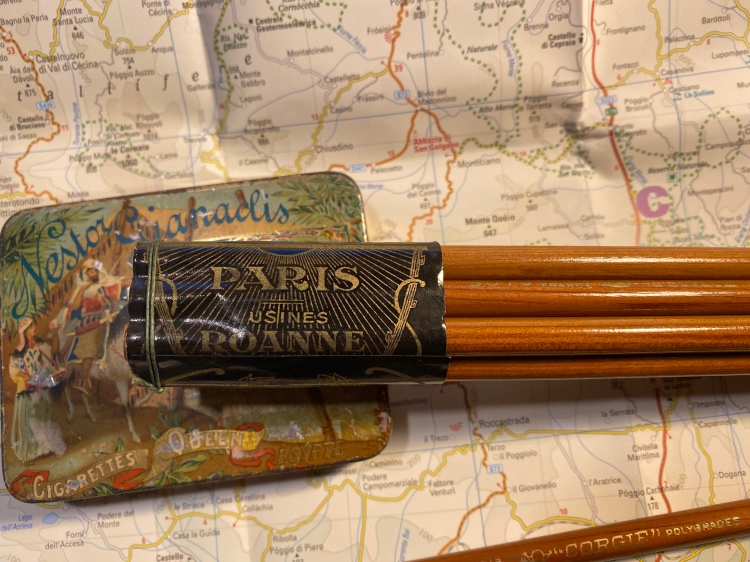 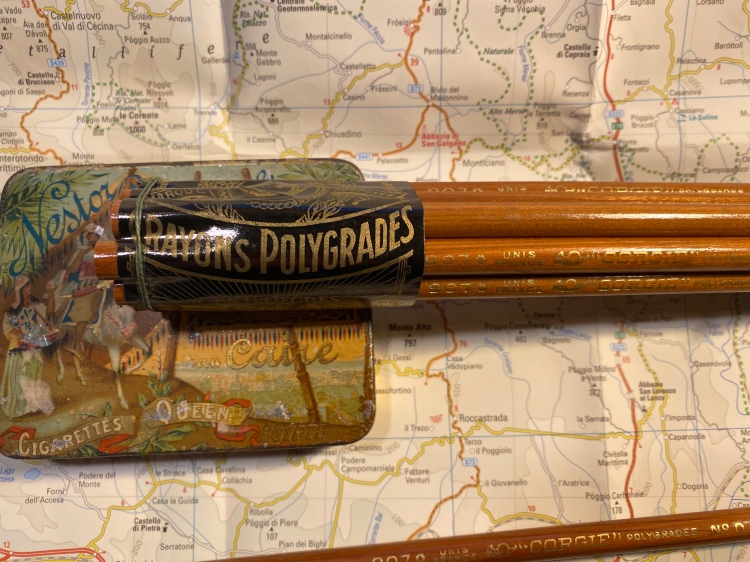 Here’s the imprint (it’s hard to photograph, as the lacquer gets in the way. There are basically two fonts in use, and a very charming bugle logo. The Corgié à Paris factory was active from 1923 to around 1986 (thanks Brand Name Pencils) and if I’d have to venture a guess I think that these are from the ’60s, but it’s really hard to tell.

The grain on these pencils is fantastic. Just look at that:

Unlike some vintage pencils whose wood has dried out and become brittle with time, the Corgie 907s sharpen like a charm. They’re not very nice smelling (they just smell old), but there’s nothing to complain too much about. 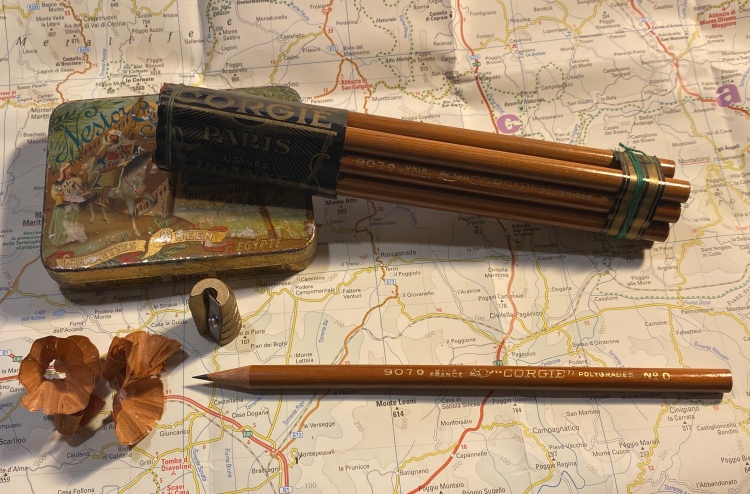 These are No. 0 pencils, which makes them about 2B-4B, depending on the manufacturer. They’re soft and dark, and a joy to draw with, although they don’t hold a tip for very long. The graphite does smudge, but it doesn’t crumble, and there’s a good amount of feedback while using them. Here they are with some Faber-Castell Albrecht Dürer watercolour pencils in use:

Go sharpen a pencil, and have some fun drawing or writing a little something for yourself.