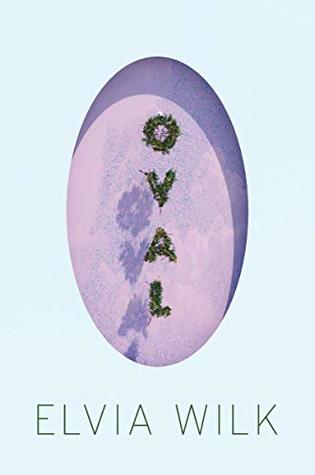 Dystopias are rarely boring. Dystopias rarely make you think, “meh”, when the characters meet the horrors of their world. Dystopias rarely lack plot, drive, an every calling telos. The world of dystopia may be hedonistic but the characters rarely are: after all, what’s the point of creating that kind of world if your character are too nihilistic, hedonistic and selfish to care what is going on around them?
Elvia Wilk’s “Oval” manages to be all that: a boring, bland, myopic, pointless dystopia full of nihilistic and selfish characters that don the mantle of social awareness and environmentalism as nothing more than a status symbol. I hesitate to call “Oval” a speculative novel, since so little speculation happens in it. Corporations are going to be ever more powerful at the expense of governments? That’s a known truth in 2020. The housing crisis is a thing worldwide? No kidding. Economic disparity, young people despairing from the political system, partying your way to the end – it’s not just that there’s nothing new here, it’s also that Wilk didn’t even try to dress it differently, give it an interesting or thought provoking spin. After reading “Oval” to the end I felt like I felt after watching “Star Wars: The Phantom Menace”: was this all that it’s for?
I don’t like feeling cheated as a reader, and “Oval” wears the mantle of a high brow novel while providing less satisfaction, interest and down to earth character moments than works like Corey Doctorow’s wonderful “Radicalized”. Go read that instead.

I read “Oval” as part of the 2020 Tournament of Books, where it’s up in the play-in round against “Golden State” and “We Cast a Shadow”.

One thought on “Tournament of Books 2020: Oval”