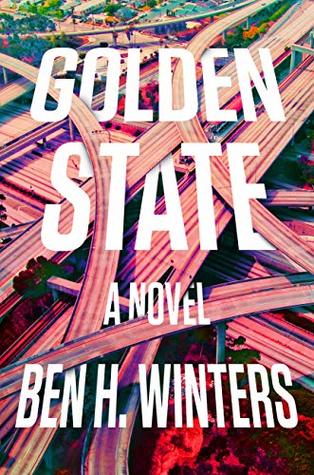 In a dystopian California, obsessed about the truth and capturing every moment of reality, a detective in the lie-detecting “Speculative Service” encounters an accidental death that may be more than it seems. Ben H. Winters’ “Golden State” is a clever mirror of “1984”, built for our cynical and surveillance heavy world, and it has a lot to say about truth, fiction, human relationships, guilt and objectivity. There’s something very “Caves of Steel” about it, and yet Winters’s characters are actual characters, and not robots-in-flesh as in Asimov’s work. This isn’t just a novel of ideas, but also a novel of people, of Lazlo dealing with pain, guilt, ambition.
A clever speculative novel that is worth reading even if speculative novels aren’t your thing.

I read this as part of the 2020 Tournament of Books Play-In round, where it’s up against “Oval” and “We Cast a Shadow”.