Started out earlier than last week, because of the heatwave we’re experiencing now, but still had a hard time running, especially during the last kilometer. Last night’s 5k was also difficult, as it was super humid outside. Breathing water while running is no fun at all.

Started out a little after 6:00 AM, to clear blue skies.

Since I set out earlier than last week, I did get to see some birds out and about. This little egret is a Tel Aviv Port regular, waiting for unlucky fishermen to throw it their little fry. 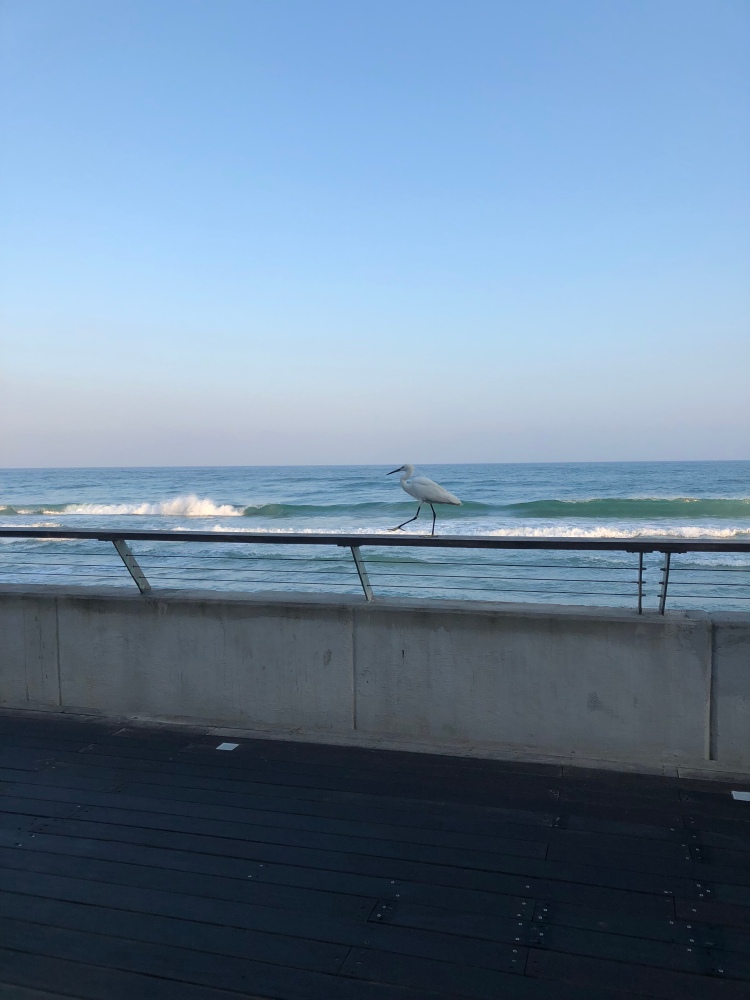 Near the halfway point I saw a hoopoe, with its unmistakable crown, poking around the grass for insects. It’s our national bird, which is a bit funny, since hoopoes generally migrate to Israel on during the summer.

8 km done and dusted. I had to stop a lot, drink a lot of water, and stop twice to top up my water bottles from water fountains, it was so hot. I’m pleased I got my run in, but I can’t wait for cooler weather. It’s only the beginning of July and the blast furnace that is August still lies ahead… 😅

Join 967 other followers
Follow Writing at Large on WordPress.com