Yesterday was the 20th anniversary of the Tel Aviv Pride Parade, a huge, fun street party sort of affair, which I missed because I was with my mom in hospital. She got released home on Friday afternoon, but has to go back for more tests on Sunday, which makes none of us happy. And when I’m not unhappy or stressed I go out for a run.

Started out at 6:20, hoping to get 7k in before the sun started blazing (wear sunscreen!), but I forgot that my usual route was going to be partly blocked because of the Tel Aviv Triathlon. It made for a challenging and interesting run at least.

6:20AM and look at that sun already blazing: 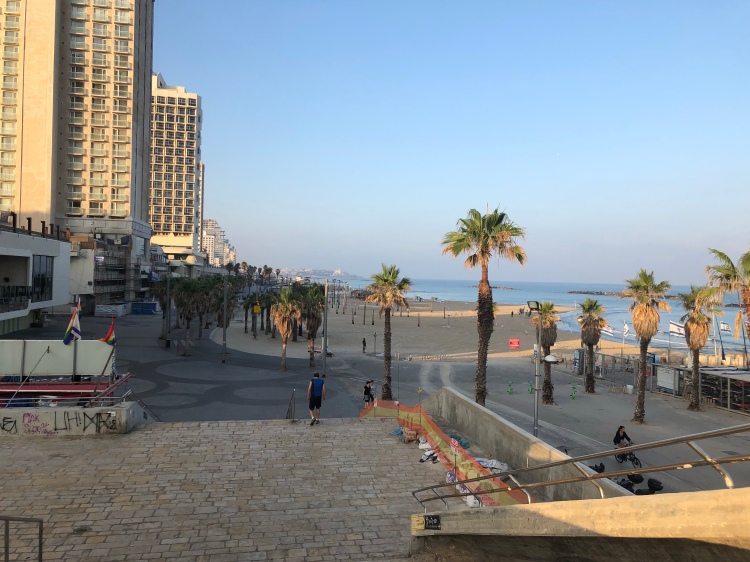 Some of the decorations for the Pride Parade were still up on the beach, and some of them will stay here permanently: 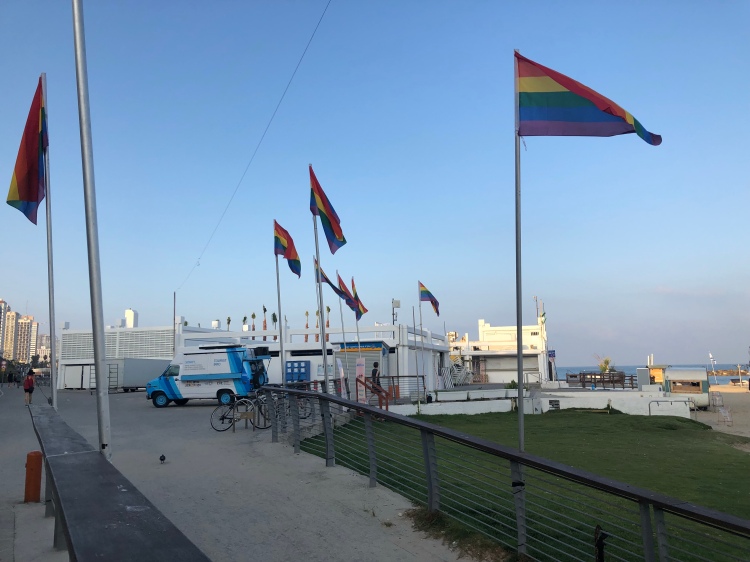 The sprint category of the triathlon was just about to start as I tried to run past them and into the TLV port and park: 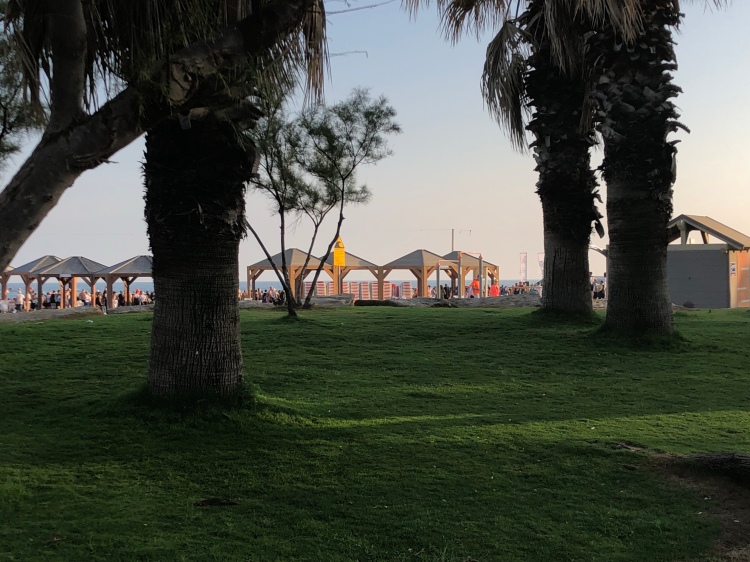 Here I was forced to go on several diversions before finally making it to the park for the halfway point of my run.

Whenever life sucks, go for a run. I guarantee that you’ll feel better.