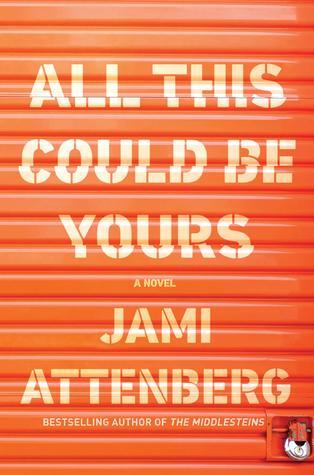 “All happy families are alike; each unhappy family is unhappy in its own way.” ― Leo Tolstoy , Anna Karenina
The Tuchman family is unhappy in its own way, as Jami Attenberg deftly portrays in “All This Could Be Yours“. The patriarch, Victor, is lying on his deathbed, and Attenberg creates a mosaic of family members around him, with each character radiating out to other characters, the narrative touching on them for a moment (a conductor on a streetcar, a bartender, nurses, a coroner) placing them in the city of New Orleans, the world at large, and then floating away. The result is a lyrical telling of the consequences the life of a monster has on the people around him, almost a mirror image of Alberto Luis Urrea’s wonderful and touching “The House of Broken Angels”.
Victor Tuchman is a monster, but we only see his shadow, his effect in “All This Could Be Yours”. Alex’s obsession with knowing the truth about his life, why her mother stayed with him, what he did is what mostly drives the narrative, which is very thin on plot. It is rich with vibrant and interesting characters, the verve and buzz of New Orleans, the tang of misery brought on by people acting as people tend to do.
These are rich white people having rich white people problems in the city of New Orleans, in the America of Trump. I expected to not care less about the Tuchmans and their collective misery (no real tragedy here). But Attenberg knows how to write a book, and she knows what she’s doing even though you might get a little distracted at times along the way. Take a look at what’s described and what’s not, whose childhood is narrated and whose’s not, and on which character doing what the main narrative ends. A cruel man starts the narrative, but kind women have the last word.

I read this as part of my Tournament of Books 2020 challenge, and I thoroughly enjoyed it, even though the narrative jumps and amount of characters can be confusing at times.

One thought on “Tournament of Books 2020: All This Could Be Yours”