While the original Ti Arto is my favourite machined pen, the newer Ti Arto EDC comes in at a close second. Like its older BIGiDESIGN brother, the Ti Arto EDC is a machined titanium pen which can accept hundreds of different refills with no need for hacks or spacers and with no tip wiggle. Unlike the Ti Arto it comes in three different finishes, accepts many more refills, and can be adjusted in length.

The Ti Arto EDC looks a lot like a slightly slimmer version of the Ti Arto, with a bigger step down in the end section, and almost no gap between the section and the body. 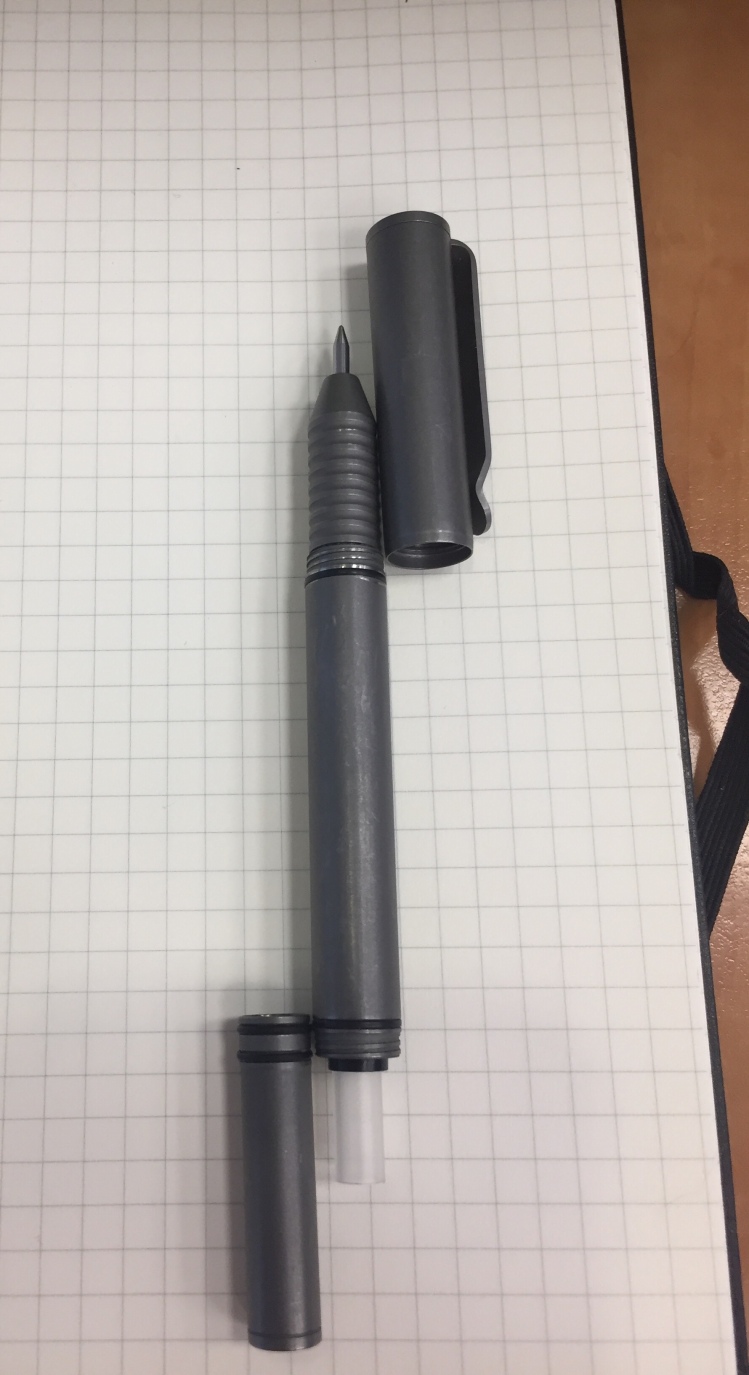 The trick with the extendable end section is where the cleverness of this pen lies, and that’s what allows you to use more refill types in this pen, and to extend or compress this pen’s length (to the limits of the refill size). The two o-rings make the end section action super smooth, and the same dual thread design allows you to cap and post this pen super securely. Nothing on this pen is going anywhere without your permission.

The Ti logo, elegant and understated, is the only branding on this pen. You can see how substantial the clip is and how the pen wear in the photo above. It’s like an old pair of jeans, so the stonewashed name for this finish is totally appropriate. 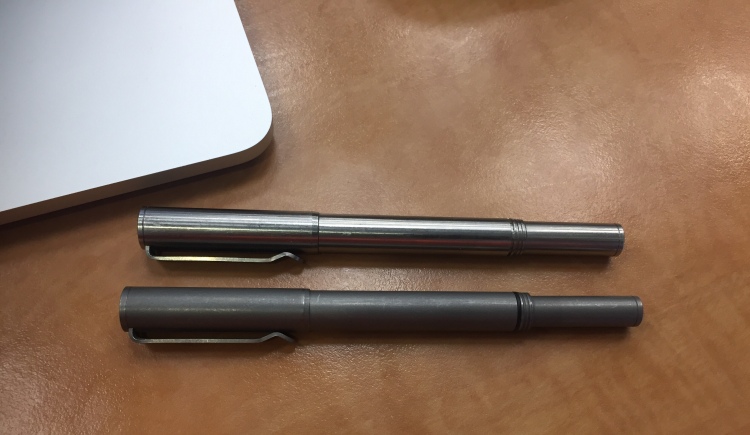 Fully extended, the Ti Arto EDC is the same length of the Ti Arto. However, depending on the refill you use, this pen can get pretty tiny. 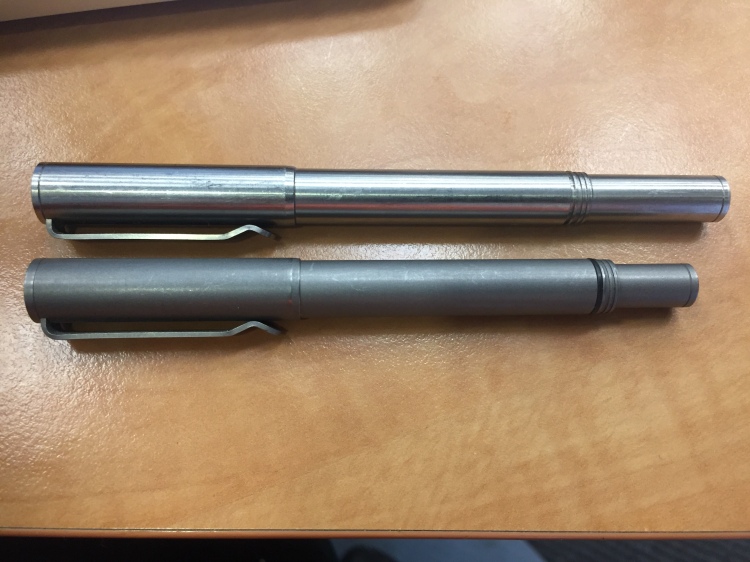 I use the Uni-ball UMR-85N refill in this pen, and this is as far as it will contract. If you use a Parker or Schmidt refill the end section can be screwed in almost all the way. However, even partially extended the Ti Arto EDC is a more pocketable pen than its predecessor.

So why do I prefer the Ti Arto more? For longer writing sessions the Ti Arto’s wider girth makes it more comfortable to use than the Ti Arto EDC, although the difference is minor. The Ti Arto is also slightly less ungainly than the Ti Arto EDC, having a more streamlined design, with no step down. I don’t mind the Ti Arto’s gap between the grip and the pen body, and I don’t need a pen that accepts more refills than the Ti Arto. As you may have noticed by now, the choice between the Arto and the Arto EDC is likely going be one of personal taste and preference. Either pen is an excellent choice for a machined pen, an EDC pen, or a titanium pen.