In 1987 Bruce Chatwin published “The Songlines”, his classic travel narrative about Australia. In the book he describes his favourite notebooks, moleskines, which he purchased at various Parisian bookstores:

In France, these notebooks are known as carnets moleskines: ‘moleskine’ in this case, being its black oilcloth binding. Each time I went to Paris, I would buy a fresh supply from a papeterie in the Rue de l’Ancienne Comédie. The pages were squared and the end-papers held in place with an elastic band. I had numbered them in series. I wrote my name and address on the front page, offering a reward to the finder. To lose a passport was the least of one’s worries: to lose a notebook was a catastrophe.

In 1995 Maria Sebregondi read this account and decided to try and revive those moleskine notebooks as a brand. She approached a small Italian design company, Modo & Modo, and in 1997 the Moleskine (capital M) came to life.

Moleskine created a version of “The Songlines” that looks like a hardback Moleskine, including the elastic band and the back pocket, and contains the full text of the book, an excerpt from Chatwin’s biography about his trip to Australia, an explanation of what they owe this text and how they see their future, and several blank pages for notes. To this edition they attached a plain, large softcover Moleksine. Not a limited edition Moleskine, just a regular plain softcover Moleskine. We’ll get to that decision later.

The paper band on this edition is phenomenal. There’s no B-side (this came out before Moleskine started to play with the B-side of their paper bands), but it’s extra wide and extra long and embossed so I kept it in the back pocket, as it’s so pretty. 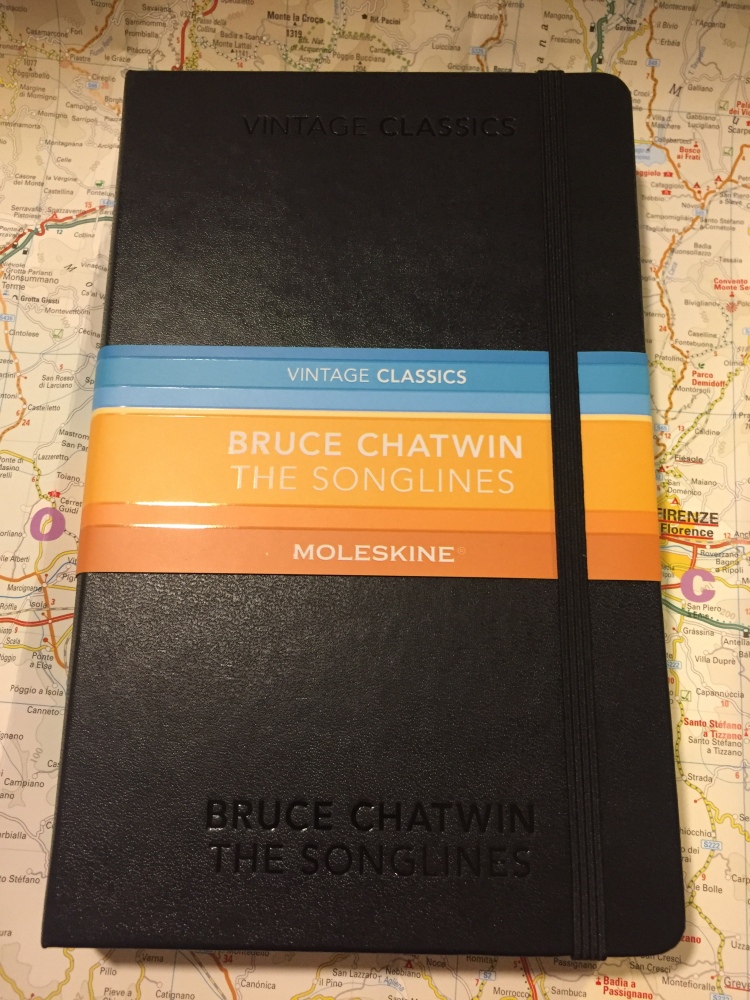 As you can see, “The Songlines” book is considerably thicker than the softcover Moleskine that it comes with. The text is 293 pages long, and together with the biography excerpt it comes to 320 pages long. Then add the blank notes pages and you get a considerably larger “notebook”. It’s still very well bound, with the pages opening flat and the standard Moleksine paper. I wonder if the size of the book made them realize that they can create a Moleskine Expanded. In any case, it’s a really fun book to hold.

On the back cover the paper band explains the history of Moleskine with “The Songlines” and what this edition celebrates.

When you remove the paper band you get two simple looking Moleskines, one embossed with Chatwin’s name, the title of the book and the publisher’s name. The second is a regular plain softcover Moleskine, and in between the two is a cardboard separator with “Enjoy your travel writing” written on it.

Here are the book and the notebook side by side.

The spine of the book, with the Vintage books and Moleskine logo.

The beautiful, beautiful endpapers of “The Songlines” book.

At the end of “The Songlines” there’s an explanation of what Moleskine’s history with this book is. 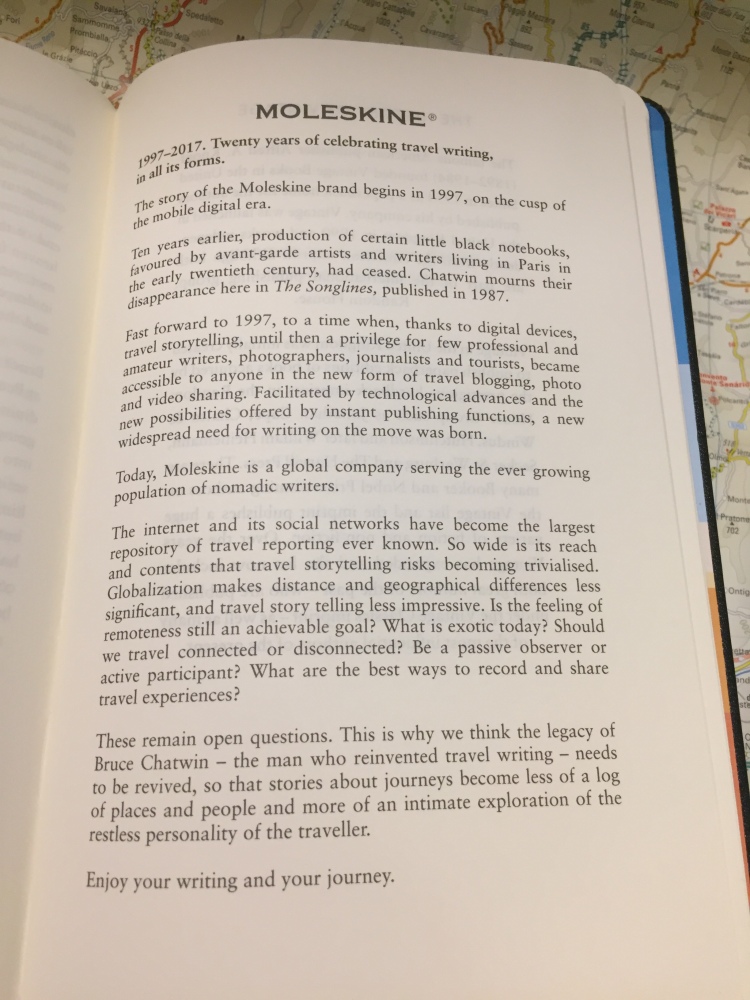 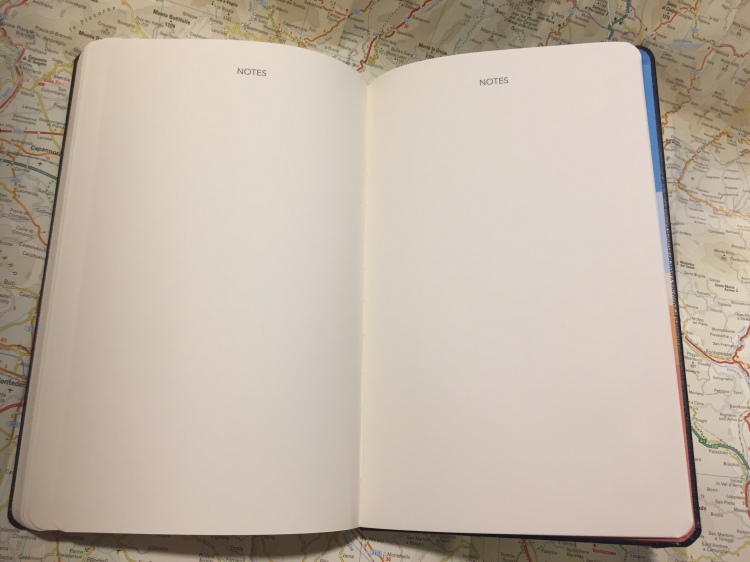 And the back end-papers:

This brings me to the peculiar and somewhat thought provoking move of including a plain large softcover Moleskine with this well designed and produced book. To be honest, I was disappointed at first. Why wasn’t this a limited edition with the same colourful end-papers? Why was it a softcover and not a hardcover Moleskine, like the original 1997 notebook?

After giving it some thought and reading “The Songlines” I think I can guess why. This edition is about the book, not so much about lionizing Moleskine as a brand. It’s a tip of the hat to the man to whom which the company owes so much. The notebooks he describes don’t seem to be half as well designed as Moleskines (no rounded pages, no back pocket, no ribbon marker), and they appear to be softcover plain or ruled notebooks. Moleskine brought out their equivalent, and I kind of like the gesture. There’s another, much less quoted moleskine scene in “The Songlines” that I think that this applies to:

‘Paris? he repeated, raising an eyebrow as if he’d never heard anything so pretentious.

Sometimes keeping it simple and being aware and respectful of your inspiration is all that’s required.