Completing my Moleskine James Bond limited edition reviews (see here for the Titles notebook and here for the Carbon one) is the crowning glory of them all: the boxed set.

Unlike the other two notebooks, this is a numbered edition with 7007 notebooks total made worldwide. It comes in a silk covered box, with its own matching “tie” (to help you get the notebook out. It’s not really necessary, but adds another touch of luxury to this set), and is itself covered in black silk. All of this is terrifically excessive, like Q’s elegant little gadgets on an already over the top car. The result is a notebook and box that you just want to stare at and stroke every once in a while.

The notebook with its shiny silk cover: 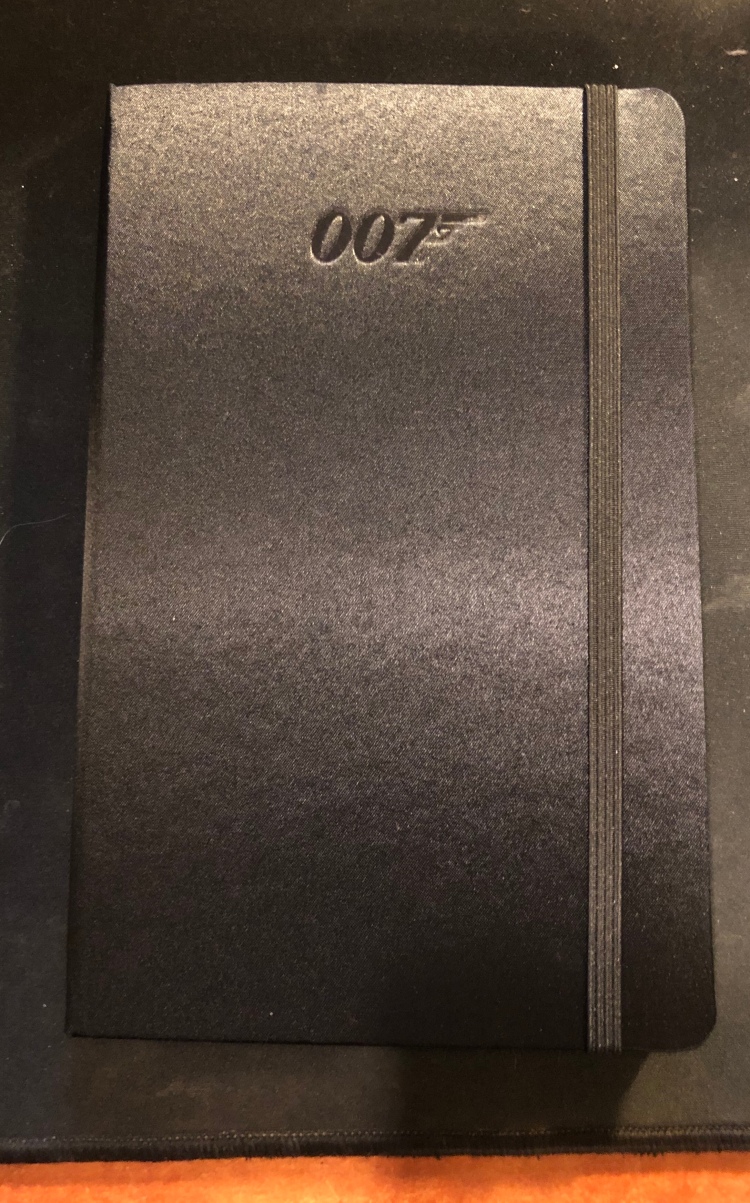 Moleskine did a limited edition run of silk covered pocket notebooks years back, for the van Gogh museum in the Netherlands. They were all the rage, especially at a time when Moleskine was not doing limited editions except for special events, and they were exceptionally difficult to obtain. The silk on those covers was thinner and rougher, and after a bit of use tended to fray, likely because silk is not an easy fabric to work with, and the company had very little experience with fabric covered notebooks.

The James Bond Boxed Set comes after the Blend, Rolling Stones, Denim and Marauder’s Map fabric covered editions, and you can tell that they know what they’re doing now. The silk on the cover is densely woven and substantial, and unlike the van Gogh notebooks, it actually shines with sheen. It feels like the notebook is wearing a high end tuxedo and just waiting for a gorgeous woman in a skimpy dress and a silly name to bring it a martini, shaken, not stirred.

Like all previous boxed sets, the notebook comes unwrapped (the box itself is wrapped) and so without the paper slip and its B-side around it. The sticker sheet that comes with this edition is the same as the other notebooks in this range.

The set originally cost around $35 but you can get it now for $25. If you’re a James Bond fan this is the one to get out of this edition, with the Carbon coming in second place and the Titles in third. The only minus to this notebook is that it is so sexy there’s a good chance that you’ll feel uncomfortable using it (ah, double entendre. What’s a James Bond movie without it?).

Join 1,019 other subscribers
Follow Writing at Large on WordPress.com